Christmas shopping is an annual ritual for many Americans. It starts right after Thanksgiving.

In my house shopping goes on all year long. My husband will search, surf and browse for anything with wheels — cars, motorcycles, trailers, RVs. Thankfully not fire trucks.

He recently sold his daily driver — a 1965 VW Bug — and needed to replace it. One night while shopping for wheeled vehicles at his computer, he lamented that all the best cars are on the West Coast. We live on the East Coast. It presented a logistical problem.

In a moment of carelessness I said, “Why does it matter where the car is? Buy what you want. We’ll go get it and bring it to Baltimore.”

He did. He bought a car in Portland, Oregon.

And we went and got her. We drove her to Baltimore.

Now the MGB GT is home where she belongs next to her sister. 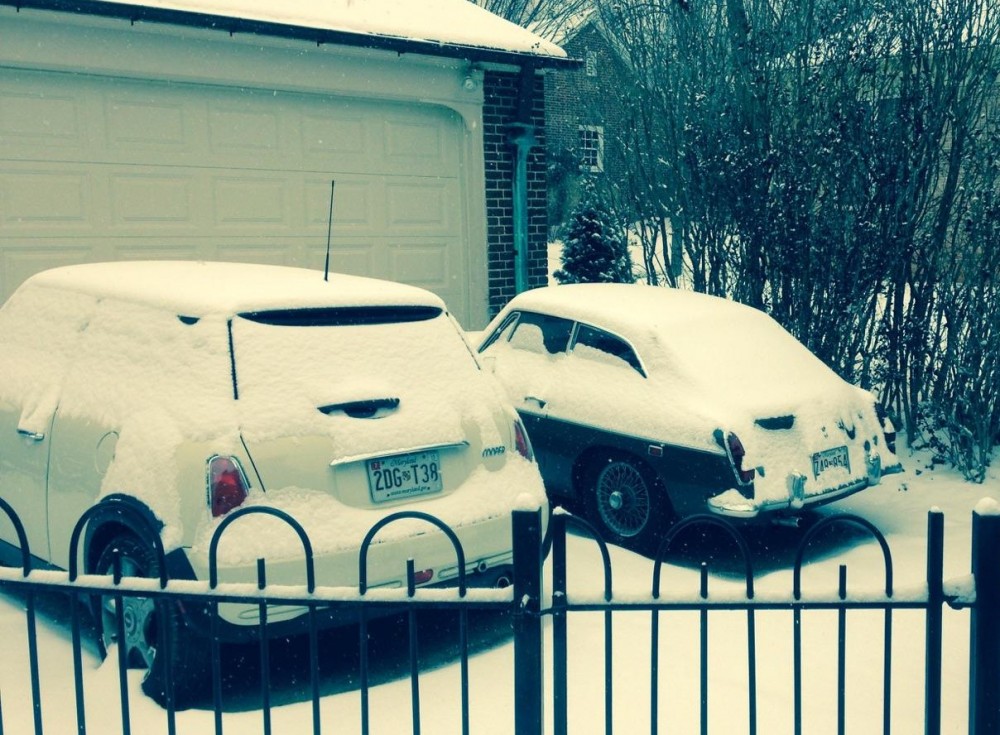 She’s never been driven in the rain and has been garaged at all times.

This is our own little Christmas vacation story complete with photos:

Rolling Out — First Day on the Road

Day Two — British Cars Were Built for the Rain

Moss Motors picked up my Instagram shots in their Motoring Challenge gallery.

Rolling through this big country took a bit more time than I expected. It was worth every minute.

One thought on “How I Spent My Christmas Vacation”