Friday was auction day on Amelia Island, so we dropped by the Gooding preview tent to take a look at what was being offered. We thought there might be something we could pick up for a song and a dance. (Lewis could sing and I could dance, everybody would throw money and we could buy one of these cars.)

Like maybe I could use a bubblegum pink golf cart. It would be a perfect commuter car to drive the daily two miles to my office in Hampden, right? 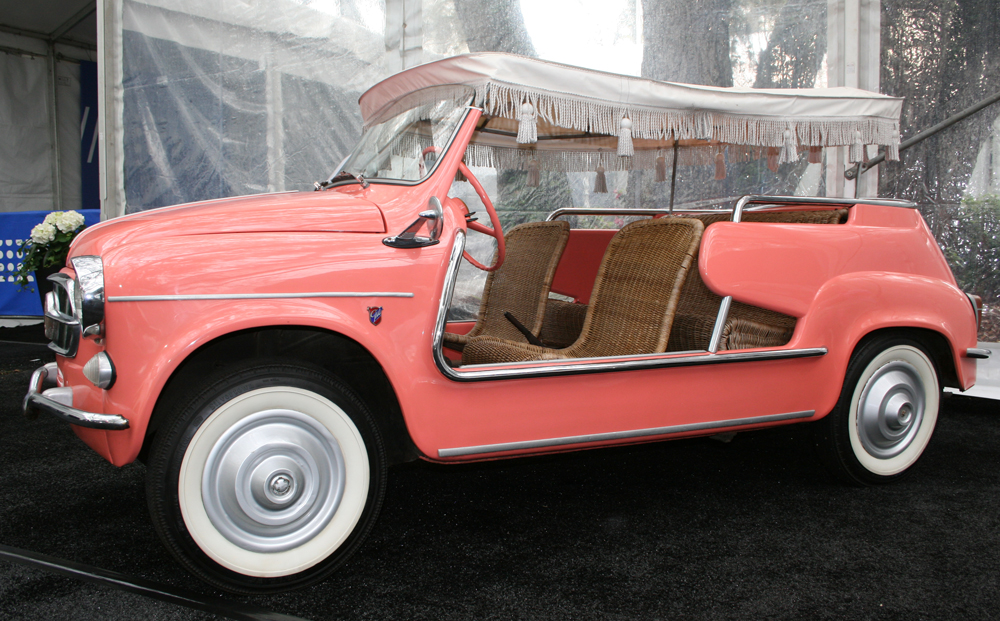 This 1960 Fiat 600 Jolly is estimated to sell for betweeen $80,000 and $100,000. I decided the fringe and tassels were over the top, so we passed. Besides the newly uncovered Baltimore potholes would eat this little thing right up. 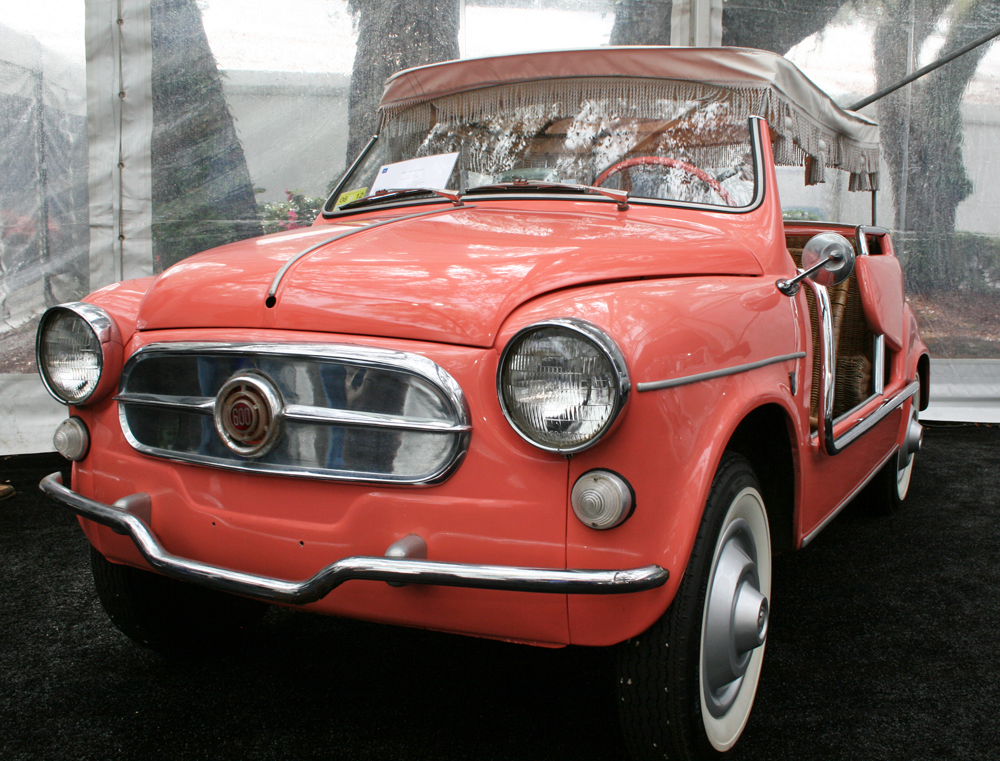 After dinner, I met the man who bought it. We were sitting around the fire pit on the patio and he appeared wearing a bow tie and lit up a Nicaraguan cigar. He’d been at the auction to bid on behalf of a consortium of investors of which he was part.

When the conversation turned to what he had bought, he was so mortified to admit he had bought the Jolly that he wouldn’t let me use his name in this post. He’d tried to talk his partners out of it, but one of them was adamant. And so bid he did. He bought it for $58,000. Had I known it was going to sell so cheaply, I would have stayed around to throw in a bid and maybe drain the last of my trust fund. (Oops, already drained.) 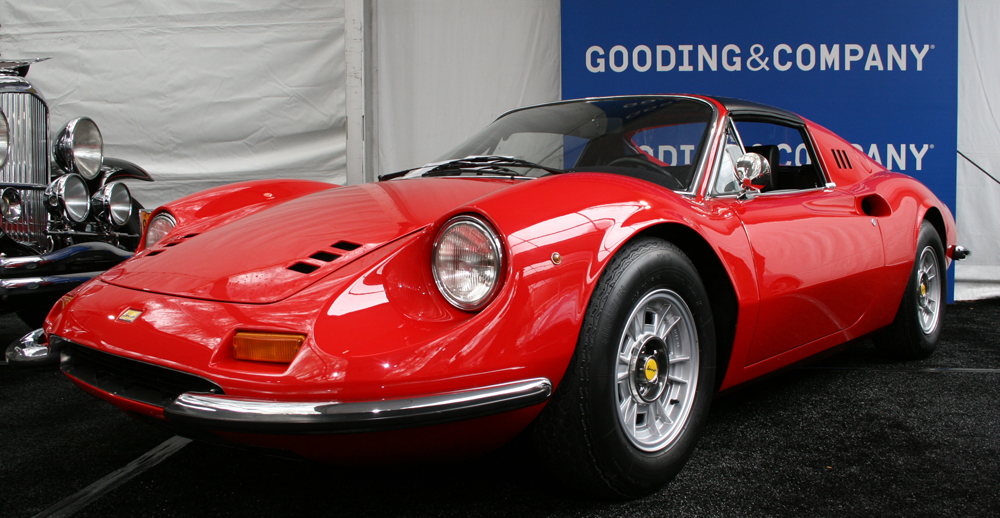 There really is nothing like the line and style of a Ferrari. The details of these cars are outstanding, you just want to run your hands all over them. That is frowned upon at Amelia Island, however. Maybe in Pebble Beach you can touch, but not here. 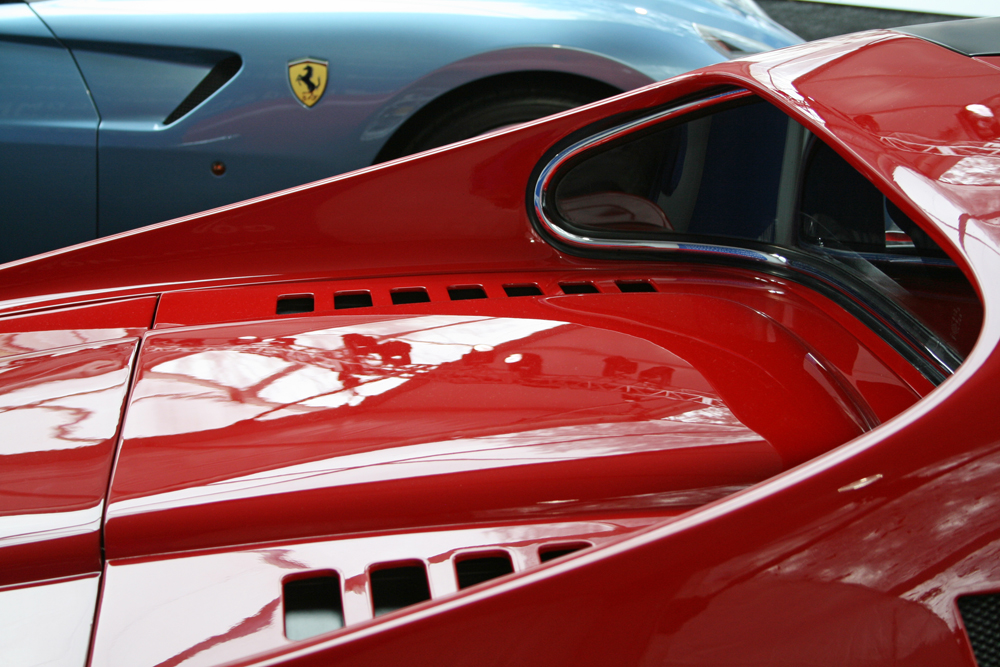 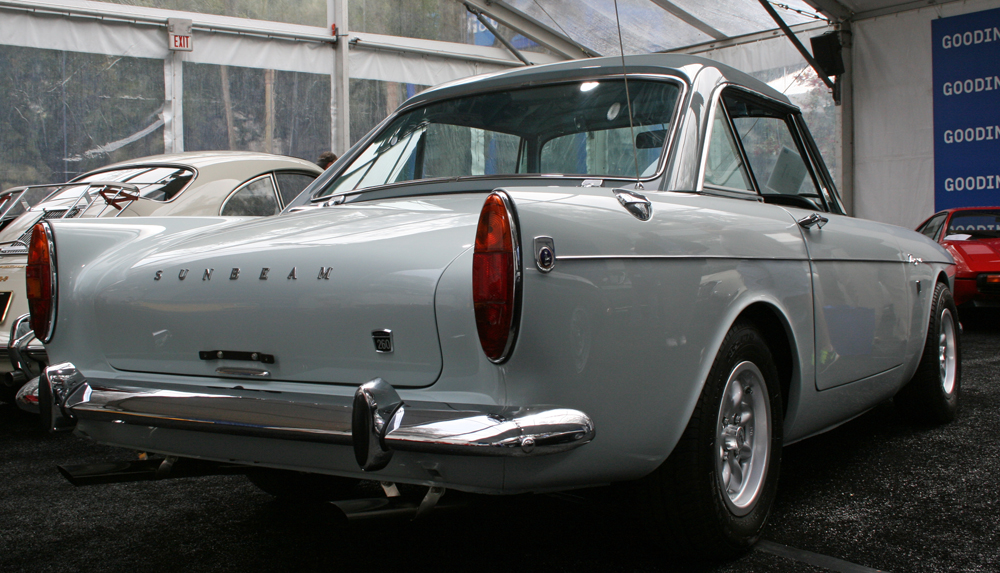 The story goes that when they came out with this car, the advertising campaign featured a woman driver and the result was that no man would buy it. Huge marketing error. So, they put a small block Ford V-8 into it to try to get the men interested. The engine was so tight in the engine compartment, they had to cut a hole in the firewall to change the spark plugs.

A beautiful car that was destroyed at its inception by the Chysler marketing department.

We wandered our way into the auction tent and saw a 1961 Ferrari 250 GT Series II Cabriolet sell for $1.9 million. We knew we had found “Our Kind of People.” 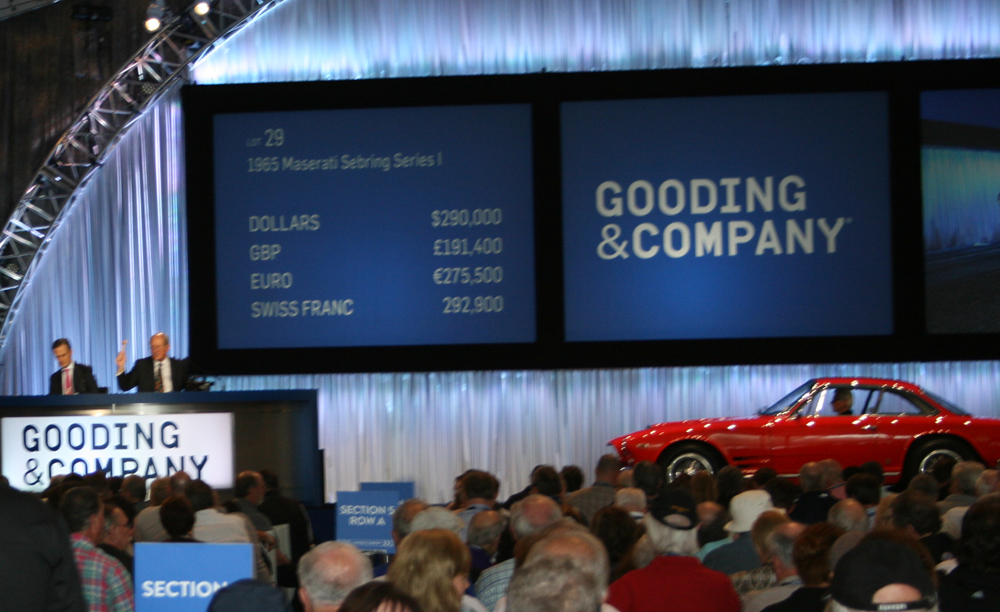 We spent the evening dining and dancing at the Ritz, looking forward to Saturday’s activities.